How Not To Write A Palindrome

No, this isn't a rant on ugly palindromes submitted to palindromedary.us, nor am I trying to limit your creativity. This is just another way to show how to use the tools. It also demonstrates that not every seed word is going to lead to a viable palindrome. Dead ends and failures are part of the process. Maybe you can learn something from my mistakes.

It starts with the word soap. Why soap? Why not, I say. So I plug soap into the Word Explorer.

Soap has two splits: pa-os and p-a-os. I'm starting with the two-way split. 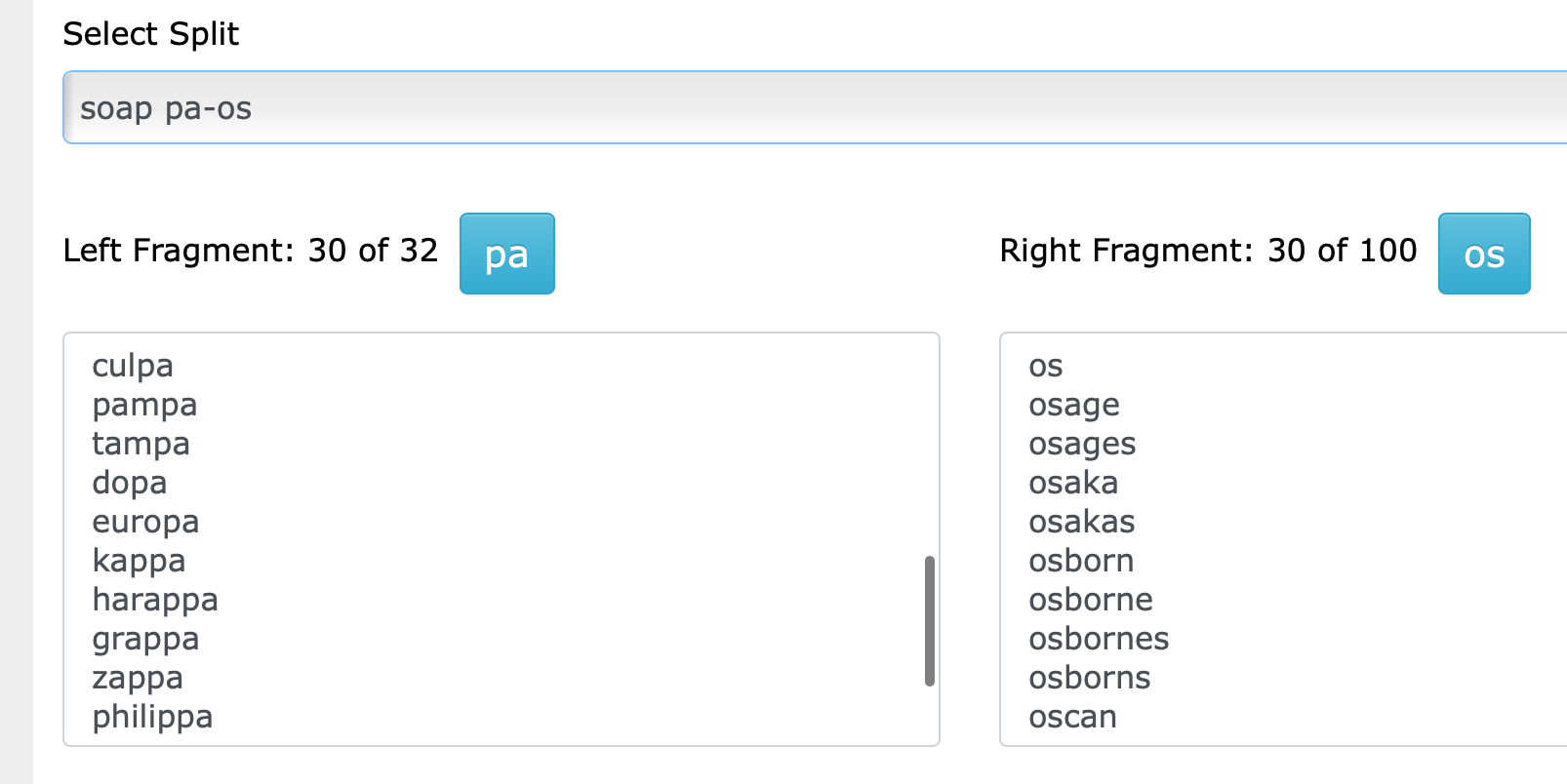 The Palindrome Composer says thirty-two words end with pa, and one hundred words begin with os. Starting with pa, I scan the list for words that might do something interesting when reversed. First I try Pampa, a city in Texas near Amarillo. Note that when I use Pampa I need to take Pam and reverse it to the left of Pampa. Because the original word soap is on the left, and the reversed split is on the right, using Pampa expands the palindrome from the middle. I write this in the Current Composition field at the top of the form. That is the most convenient place for it. You can also write it on paper if you like that better.

Stopping for a moment to look at this palindrome, I see a small problem. Master palindromist Barry Duncan says to avoid doubling a letter in the exact center because it draws attention to the fact this is a palindrome. The effect is most visible when the doubling occurs across a space between words, like map Pampa. For that reason, I check if I can remove one P, and I can.

This still doesn't look interesting to me, so I try Tampa. 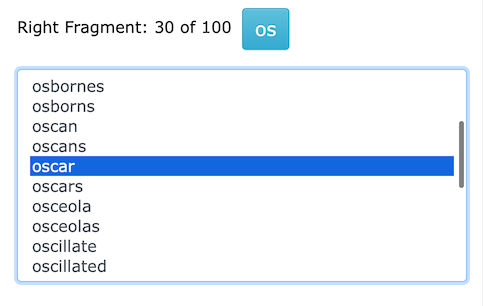 Hmm, maybe. I like Oscar in the right pane, words starting with os. Note that Oscar adds the word car to the end of os, so I need to reverse car and put rac at the beginning of the palindrome to maintain the symmetry.

Now I'm shifting my attention to work on the left end. I need to expand rac. I'm looking for words that end with rac. Why wouldn't I try words that begin with rac? Because that would destroy Oscar. If I wanted to use raccoon, for example, I would need to insert nooc in Oscar: Osnooccar. I find it's best to expand a palindrome in ways that don't destroy previous choices. I might back up and make a different choice earlier, like picking Osborn instead of Oscar. Then instead of rac on the left, I'm dealing with nrob. Better to expand outward from the left and right ends, in this case.

Next, I plug oscar into Word Explorer. This is a great use of Word Explorer. Oscar reversed is racso. If Oscar has a rac-so split, then I can easily explore the words that end with rac. 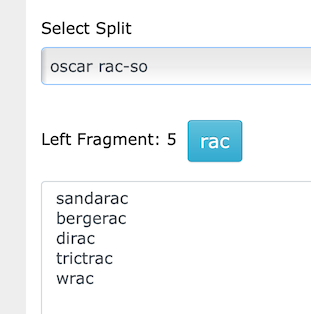 Yay! Oscar does have a rac-so split, and only five choices. The longer words look problematic to me. Whatever sandarac is, I would need to take the string sanda, reverse it to adnas, and place it after Oscar. Oscar adnas is not looking useful to me. Bergerac has a bit more potential. Reversing Berge could become: e.g. reb-something. However, Dirac is much easier to work with. I'll try it.

Although this is growing, it isn't making any sense. It's just random words that fit together palindromically. I could write a program to do this, but that wouldn't be any fun. Try another. Skipping trictrac because I see no potential at all for tcirt. Wrac is an initialism or acronym for many different organizations. It is also a country radio station in Georgetown, Ohio.

Honestly, this is going nowhere fast, or everywhere slow. Whatever the speed, it appears to be a passel of dead ends. The only solution is to try another seed word. Time to read the Main word list.

I hope this was more educational for you than it was double-plus unfun for me. 🤪 😜

This little video shows how I composed a palindrome around the word wasted. Expand it to full-screen so you can read the text.